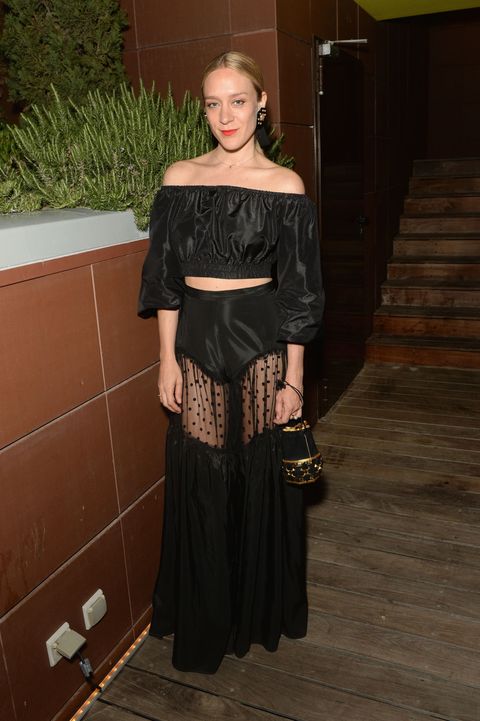 Considering that Hollywood is a boys' club and has been for quite some time, it's pretty unsurprising (though massively disappointing) that male directors have crossed boundaries with Chloë Sevigny.

"I've had the 'what are you doing after this?' conversation," the actress said during a Variety panel at Cannes. "I've also had the 'do you want to go shopping and try on some clothes and, like, I can buy you something in the dressing room' [conversation]. Just like crossing the line weirdness."

Even more gross, another director told Sevigny, "'You should show your body off more. You shouldn't wait until you're as old as this certain actress who had just been naked in a film, you should be naked on screen now.'"

What Sevigny's describing sounds like sexual harassment, but she's hesitant to label it as such. "I would consider it Hollywood," she explained. "Was it sexual harassment? It's such a fine line."

If the norm in Hollywood is telling women to "show off" their bodies, then the norm has to change. And to put things in perspective a little bit, just imagine a male boss saying these things to a female employee in an office job. She'd have grounds to file a lawsuit, and there's literally no reason why women in Hollywood should be any less protected.