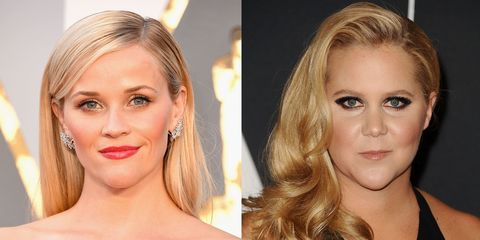 When you think about bachelor party movies, you probably think of the following:

But what if the dude-dominated canon didn't have to be so full of disappointing stereotypes? What if a bachelor party movie was produced by a female and starred a feminist?

In news that's us reduced to zero chill, Amy Schumer has joined the Reese Witherspoon-produced Who Invited Her?, about a woman who "insists on attending her best guy friend's bachelor party weekend." The script is being re-written by Inside Amy Schumer's very own Tami Sagher and is being co-produced by Schumer herself, so there's literally no way it can go wrong.