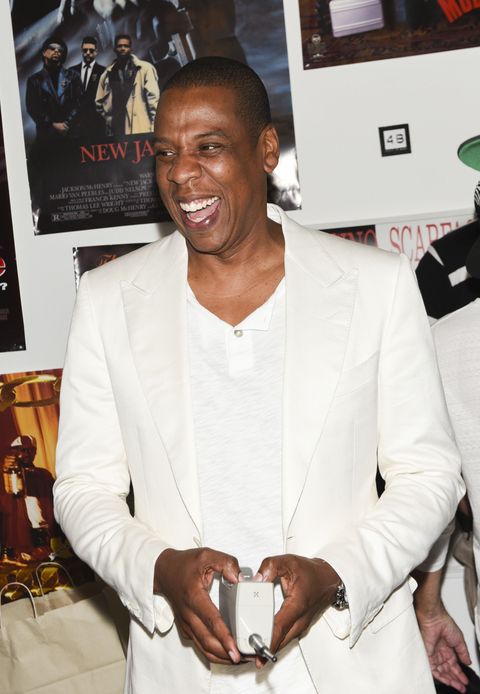 Feeling the pressure to keep Blue Ivy in two-tier tiara cakes and himself in $225 bottles of Ace of Spades champagne lifting already, Jay Z smiled. Apple was (reportedly) in talks to buy Tidal. Life was good.

And the champagne's always cold
Getty

According to the The Wall Street Journal, the terms of a deal are not known, but the tech giant is reportedly interested in the streaming service because it's got the star power, while Apple's got the subscribers. (ICYMI, Beyoncé and Kanye released their albums exclusively on Tidal, and a few other stars are also co-owners.)

With digital music in the tenuous position it is now, maybe Jay's just happy he's now got the chance to take the money and run.

Chelsea Peng I'm Chelsea Peng, the assistant editor at MarieClaire.com.
This content is created and maintained by a third party, and imported onto this page to help users provide their email addresses. You may be able to find more information about this and similar content at piano.io
Advertisement - Continue Reading Below
More From Celebrity
Why Will & Kate Wouldn't Hang Out With Harry
What Happens on Katie's Season?
Advertisement - Continue Reading Below
Katie Holmes' Gingham Dress is Summer Perfection
Ben Affleck Had a Sweet Father's Day Celebration
Selena Talked Being Mocked Over Her Mental Health
Olivia Wilde Was Asked About Harry Styles Romance
Gigi Shared the Sweetest Photo of Zayn and Khai
Meghan Shared the Cutest Update About Archie
Meghan's Heartfelt Father's Day Gift for Harry
Sophie Turner Shared a Sweet Unseen Pregnancy Snap