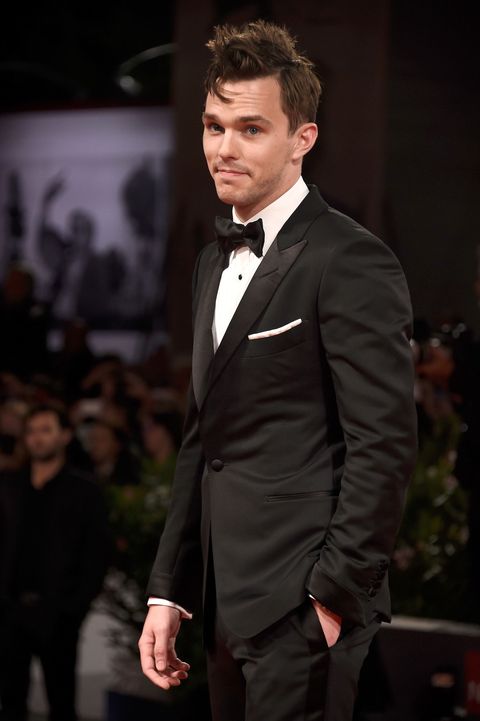 A few weeks ago, we lived in a world where fancy British actors would never dream of discussing their fellow celebrities. But now Tom Hiddleston is dating Taylor Swift, and all bets are officially off.

Not only did Idris Elba reference Tom's "I Heart T.S." tank top during an interview (to quote: "I've seen this. This is, ahm, this is, uh, Tom"), Nicholas Hoult said he made his new film "as a tribute for Tom Hiddleston and Taylor Swift."

Note: the film in question is Equals, and it tells the story of two people who fall in love in a dystopian world devoid of emotions. Start watching at the 4:39 mark.

So, is Hoult serving verbal eye-rolls at Hiddleswift, or is he their biggest advocate? Unclear, but we've reached out to Sir Ian McKellen and Dame Judi Dench for comment.*

*Kidding, they would very much like to be excluded from this narrative.