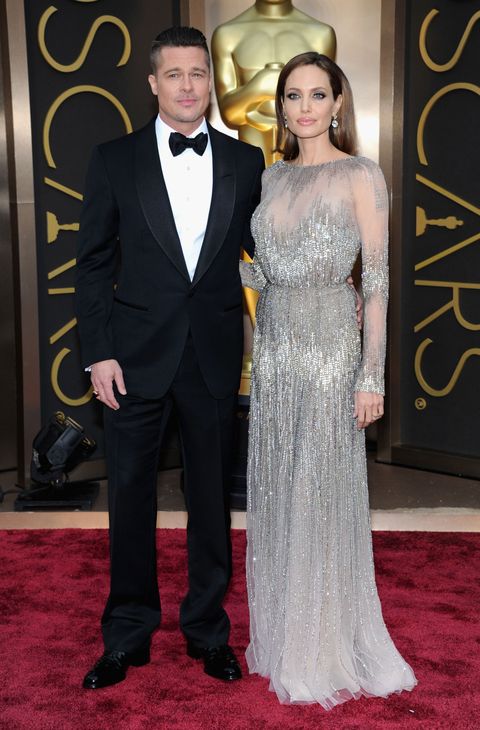 In news that's best described as 🚨 🚨 🚨 🚨 🚨 🚨 🚨, Angelina Jolie has reportedly filed for divorce from her husband of two years, Brad Pitt. (Note: they've been together since 2004 and met on the set of Mr. and Mrs. Smith.)

TMZ reports that the actress filed legal documents on Monday, citing irreconcilable differences. She's asking for physical custody of their six children, and has put in a request for Pitt to have visitation. Again, under these terms, Pitt would only have joint legal custody as opposed to physical.

According to the court documents, Jolie has listed the date of separation as September 15, 2016—just five days prior to her filing. She is not asking for spousal support at this time. The internet, however, is asking for all the emotional support it can get because right now it's in a state of 😱 combined with 😭 .