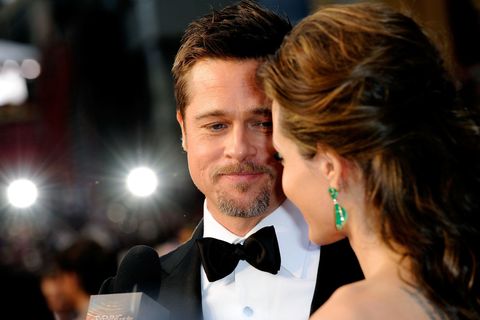 Brad Pitt is reportedly being investigated by the FBI for an allegedly violent outburst involving his son, which resulted in Angelina Jolie filing for divorce. And while it's important to give the couple privacy during this difficult time, it's also important not to ignore abuse claims against children—hence this update.

According to TMZ, who broke the story of Pitt and Jolie's divorce, the actor fully cooperated with the Department of Child and Family Services before jurisdiction was given to the FBI—and even agreed to give a voluntary urine and blood test. (Note: the test was conducted days after the incident in question).

"The test went down within a couple days of the alleged incident on the plane. We're told Pitt voluntarily provided a urine sample in an attempt to show he had nothing to hide, and to clear up any "exaggerations"...we're told he wanted the test to blunt any claims he's abusing drugs or alcohol. DCFS did not require it for its investigation...Pitt simply offered."

TMZ reports that the results of Pitt's test are not yet available.