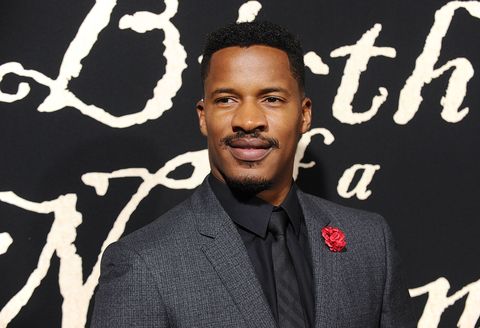 After shutting down a reporter who asked why he hasn't apologized to the family of his alleged sexual assault victim, Nate Parker is speaking up. In a 60 Minutes sneak peek, the Birth of a Nation actor/director/writer tells Anderson Cooper that he has nothing to apologize for, and said he doesn't feel any guilt.

"I don't feel guilty," Parker said, before being asked if he did something morally wrong. "As a Christian man, just being in that situation, yeah, sure. I'm 36 years old right now, and my faith is very important to me. You know, so looking back through that lens, I definitely feel like it's not the lens that I had when I was 19 years old."

Parker was acquitted after being accused of sexual assault by his classmate at Penn State. His roommate and Birth of a Nation co-writer Jean Celestin was found guilty, but the conviction was appealed and overturned. The woman who accused them of assault commited suicide in 2012.

"I was falsely accused…I went to court…I was vindicated," Parker continued. "I feel terrible that this woman isn't here…her family had to deal with that, but as I sit here, an apology is—no."

Speaking of the alleged victim's family, her sister Sharon Loeffler wrote an open letter in Variety, expressing concern over the fact that The Birth of a Nation has a rape scene in it:

"I can only imagine the pain she would be experiencing now to see Nate Parker promoting his new movie The Birth of a Nation which he wrote with Celestin. As her sister, the thing that pains me most of all is that in retelling the story of the Nat Turner slave revolt, they invented a rape scene. The rape of Turner's wife is used as a reason to justify Turner's rebellion. This is fiction. I find it creepy and perverse that Parker and Celestin would put a fictional rape at the center of their film, and that Parker would portray himself as a hero avenging that rape. Given what happened to my sister, and how no one was held accountable for it, I find this invention self-serving and sinister, and I take it as a cruel insult to my sister's memory."