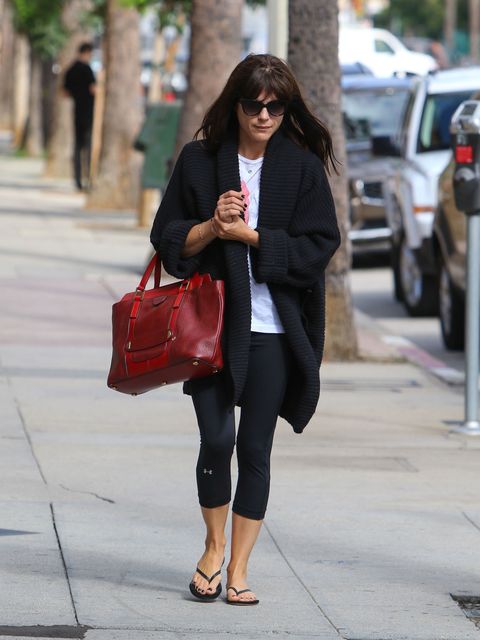 After an incident in June where Selma Blair was removed from an airplane on a stretcher due to a worrying outburst, the actress was quick to take responsibility. First there was a letter, and now she's speaking out.

On The Talk, Blair explained that the incident was a "total psychotic episode" that resulted from a "very bad choice."

"I am someone that should never drink and I rarely do and I don't drink anymore, but I did," she shared. "I was going through something. I had a glass of wine, someone gave me a pill that I thought was something that I had taken before, which I don't take on a regular basis. It was something completely different."

"someone gave me a pill that I thought was something that I had taken before."

"It was horrible and frightening and I had empathy for myself actually, afterwards, because actually it was so out of character for me, especially now that I am a mother," she added. "My son was with his father and he had slept through it. I knew he was going to sleep. He had headphones on and that's why I took this pill."

As for now? The actress doesn't drink, and tries to keep some humility about the incident. Offered champagne recently, Blair denied it and told the host: "Google me."