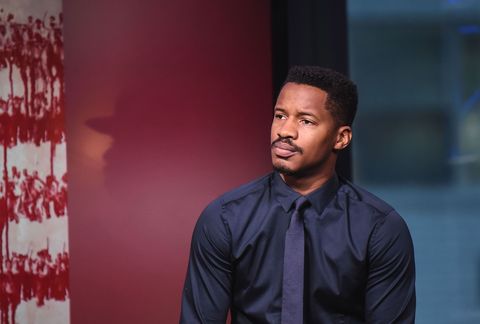 Nate Parker was acquitted after being accused of sexual assault by his classmate at Penn State University in 1999, but new allegations claiming he exposed himself to a student trainer while on the school's wrestling team have surfaced.

In an interview with The New York Times, Parker's unnamed accuser says he exposed his penis to her while she was giving him a "routine back treatment." From the Times:

"He said that he wanted to show her something, she said, then slid his pants down, exposing the top half of his penis. 'I was shaken,' the woman said. 'I was crying.'"

The incident was reported to the athletic department, but Parker's accuser decided not to press chargers because—as the Times notes—"she feared the impact that such a move might have on her college experience." Parker, meanwhile, reportedly went without punishment.

"This is the first Mr. Parker has ever heard of this," the Birth of a Nation actor's lawyer David J. Matlof tells the New York Times. "He recognizes the seriousness of the issue, but this claim is completely untrue."

While former Penn State assistant athletic director Robert Krimmel says he did not remember an exposure complaint against Parker, wrestling coach Troy Sunderland says he does. Regardless, it appears as though this information could *potentially* be introduced at the trial of three administrators charged with failing to report the sexual abuse of Penn State football coach Jerry Sandusky, who was charged with pedophelia in 2012.