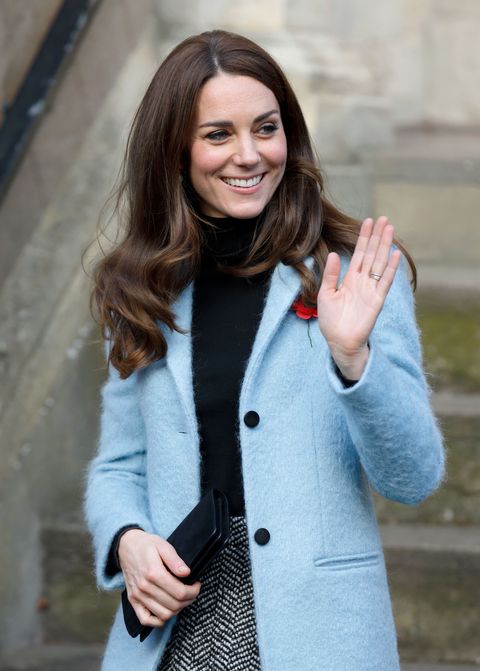 Biopics are hard in that, sometimes, they put bad wigs on actresses and expect the audience to have an easy time pretending they're highly recognizable real people. Thankfully, other times, they get it pretty well right, as they did for the upcoming BBC2 film King Charles III, for which Charlotte Riley has been cast as Kate Middleton.

The Peaky Blinders star and Tom Hardy's wife will play the Duchess in a fictional plot line following the Queen's death and Prince Charles' ascension to the throne. (There's rioting and mayhem after he refuses to sign a controversial bill into law, which is like, yeah, timely.)

"To be both modern and rich in verse and to play someone who is real but yet totally re-imagined for this story is an exciting prospect for an actor," Riley said. "Kate Middleton is a really interesting woman, and it is a challenge I am really looking forward to."

Chelsea Peng I'm Chelsea Peng, the assistant editor at MarieClaire.com.
This content is created and maintained by a third party, and imported onto this page to help users provide their email addresses. You may be able to find more information about this and similar content at piano.io
Advertisement - Continue Reading Below
More From Celebrity
The Palace Just Shared Prince Louis Birthday Pic
Meghan and Harry Talked Every Day During UK Trip
Advertisement - Continue Reading Below
J.Lo Wishes A-Rod's Daughter a Happy Birthday
Irina Shayk Shared a Rare Photo of Her Daughter
John Travolta Talked Dancing With Princess Diana
Meghan Markle and Archie Speak to the Queen
Who Is Alexandria Ocasio-Cortez's Partner?
Did Charles, Harry, and William Mend Relationship?
The Kardashians' Most Body-Confident Nude Shoots
Chrissy Teigen + Meghan Markle Spoke About Loss