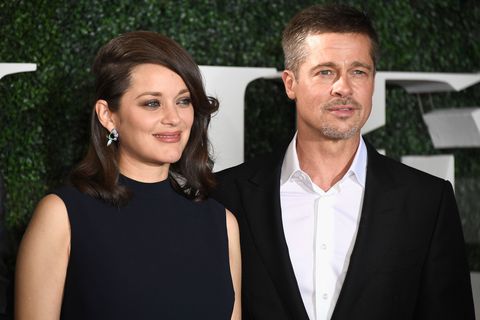 Adhering to the approved Hollywood script that filming love scenes is super awkward and not enjoyable by any means at all ever, Marion Cotillard nonetheless described the finished product—pretend-sexing Brad Pitt during a sandstorm in Allied—as "beautiful."

"Let's imagine, you're with your wife, in bed or anywhere, here, and then all those people are watching," she prompted Stephen Colbert during an appearance on the Late Show. "Yeah, cameras, like 50 people are watching. Do you still find it sexy?"

Hey, he's just trying to fill theaters, as he valiantly reminds her, after emphasizing to the audience that there are *multiple* "beautiful" make-believe copulations in the World War II spy drama. Worth the price of admission alone, don't you think?