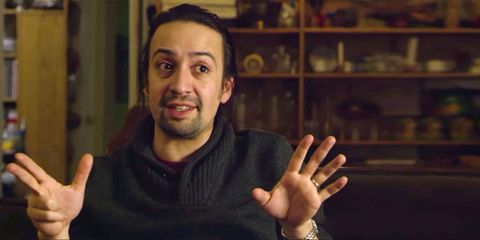 Drunk History continues to be the gift that keeps on giving. In a move that's best described as "oh hell yes," the Comedy Central show somehow convinced Lin-Manuel Miranda to get tipsy and tell the story of Alexander Hamilton's infamous scandal—in which he had an affair with Maria Reynolds and released a giant pamphlet on the subject to save his reputation. (Honestly, it's complicated, and Miranda's storytelling isn't exactly making it less so.)

A) Miranda should get drunk and tell stories more often.

B) Shoutout to Tony Hale and Alia Shawkat.