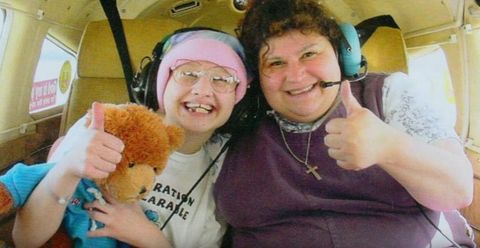 True crime addicts take note, because HBO just released the trailer for your next obsession.

Directed by Erin Lee Carr, Mommy Dead and Dearest documents the relationship between Dee Dee Blanchard and her wheelchair-confined daughter Gypsy Rose. As Entertainment Weekly reports, the mother/daughter pair were beloved in their community, so when Dee Dee was found murdered in her home and Gypsy went missing, panic ensued.

But the real story? Gypsy was eventually charged with her mother's murder, and it came to light that she'd suffered years of abuse at her mother's hands as a victim of Munchausen by proxy syndrome.

Watch the chilling trailer for yourself below, (then go ahead and read the tale here):