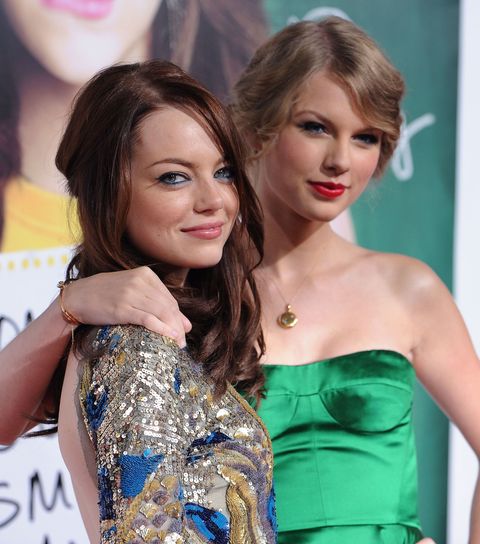 Word on the street (read: the entire internet) is that Taylor Swift has been dating relatively unknown actor Joe Alwyn, and apparently they met through a friend. And said friend is Oscar-winning actress Emma Stone.

Stone and Alwyn are currently working on The Favourite (a movie about Queen Anne's life, omgomgomg), and she reportedly introduced Alwyn to Swift after presumably thinking he was a stand-up dude. The couple have been dating in secret, which apparently involves Swift flying to London on the DL and wandering around in disguises.

In other news, Alwyn never had a girlfriend in school due to being too committed to acting, and—in the most vomit-inducing quote ever—his former classmate described him as: "A quintessential panty-dropper. Your classic prince charming."