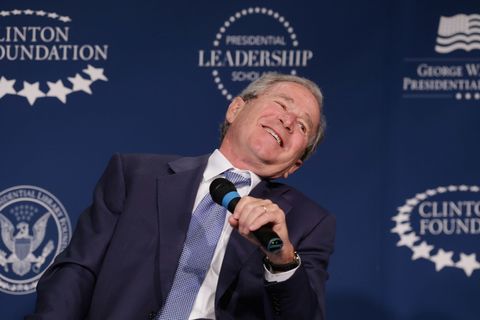 If you're wondering what former President George W. Bush has been up to recently, the answer is giving no f*cks and casually photobombing reporters. In other words, he's truly living his best life.

While attending a baseball game, Dubya—as so many affectionately/mockingly called him—walked behind reporter Emily Jones as she was talking to the camera, and offered up a quick "Hey."

It's seriously the most hilarious thing that's ever happened, and what we can only assume is 2017 making up for an otherwise WOOF year.