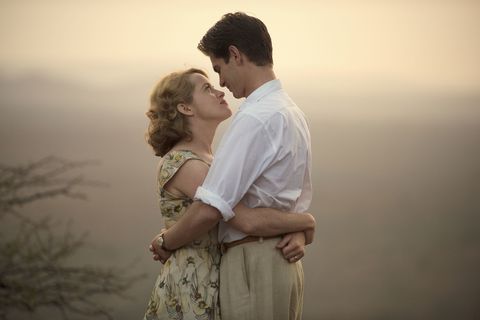 In case you need more Claire Foy in your life (The Crown can't come back soon enough), she's starring in 2017's most romantic-looking movie with Andrew Garfield—and MarieClaire.com is bringing you an exclusive look at the debut poster.

Breathe—which is Andy Serkis' directorial debut—chronicles the romance of Robin and Diana Cavendish (played by Garfield and Foy), a young couple who are busy falling in love and living the dream until Robin is diagnosed with polio at 28. Despite being paralyzed and unable to breathe on his own, he manages to leave the gloomy confines of his hospital ward and live life to the fullest with Diana—causing the rest of us to weep and become a complete emotional mess.

Oh, and did we mention it's based on a real-life story?