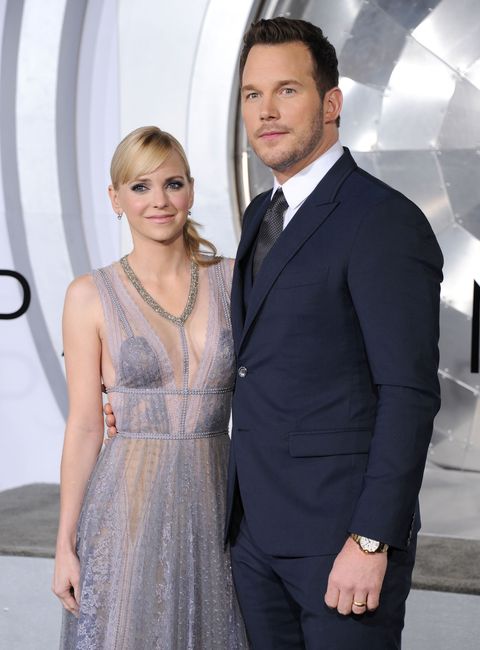 Anna Faris and Chris Pratt announced their separation on Sunday night, which is pretty surprising considering what a publicly adorable couple they were. (Their sweet moments in 2017 alone are truly special.)

But it seems as though the writing has been on the wall for quite some time—people simply weren't paying attention. As Us Weekly notes, Faris liked the below tweet about divorce, which was posted on July 30 and reads "So far the hardest part of divorce is not having anyone to yell with when the printer isn't working."

Faris announced her split from Pratt on Instagram, saying "we tried hard for a long time, and we're really disappointed." She also added that they still love each other and are focusing on their young son, Jack.

Mehera Bonner Contributor Mehera Bonner is a news writer who focuses on celebrities and royals.
This content is created and maintained by a third party, and imported onto this page to help users provide their email addresses. You may be able to find more information about this and similar content at piano.io
Advertisement - Continue Reading Below
More From Celebrity
Meghan and Harry Talked Every Day During UK Trip
J.Lo Wishes A-Rod's Daughter a Happy Birthday
Advertisement - Continue Reading Below
Irina Shayk Shared a Rare Photo of Her Daughter
John Travolta Talked Dancing With Princess Diana
Meghan Markle and Archie Speak to the Queen
Who Is Alexandria Ocasio-Cortez's Partner?
Did Charles, Harry, and William Mend Relationship?
The Kardashians' Most Body-Confident Nude Shoots
Chrissy Teigen + Meghan Markle Spoke About Loss
Prince Harry Is Back in Cali With Meghan