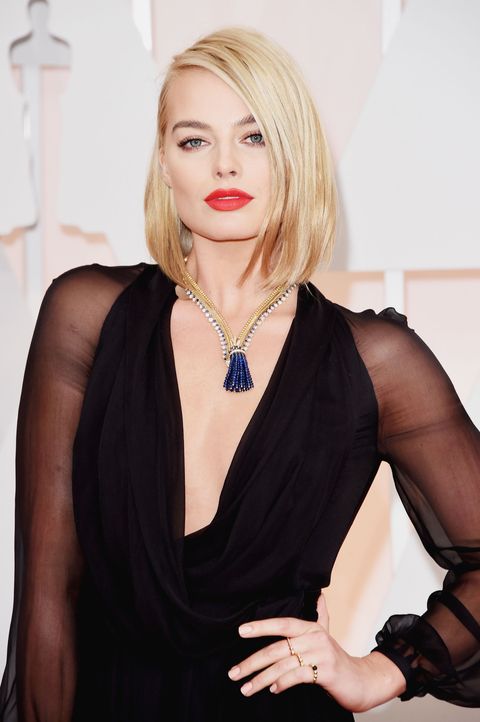 Margot Robbie is currently filming Mary, Queen of Scots over in England, a movie in which she's casually playing Queen Elizabeth I. And the actress looks completely unrecognizable on set. Like, it's truly mind-blowing.

For reference, here's a what Queen Elizabeth I looked like:

And here's Margot playing her:

Per the film's press release, it appears to follow the life of Queen Mary's notorious relationship with Queen Elizabeth I: "Rivals in power and in love, and female regents in a masculine world, the two must decide how to play the game of marriage versus independence.... Determined to rule as much more than a figurehead, Mary asserts her claim to the English throne, threatening Elizabeth's sovereignty. Betrayal, rebellion, and conspiracies within each court imperil both thrones—and change the course of history."

Oh, and FYI, this isn't the first time Robbie's completely transformed her look for a role. Here she is as Tonya Harding in I, Tonya: