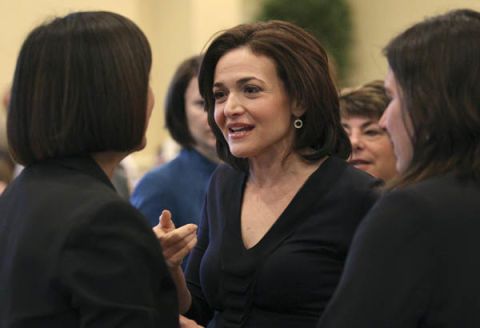 Sony Pictures has purchased the film rights for Lean In: Women, Work, and the Will to Lead, the 2013 book written by Facebook's COO and recent female billionaire, Sheryl Sandberg.

According to The Telegraph, Nell Scovell, who helped write Lean In, will be creating a script to be reviewed by Aaron Sorkin, Oscar-winning screenwriter and producer of The Social Network.

Though the screenplay is set to be fictional, it will cover many of the themes in the book and not focus on Sandberg's personal career path. The Facebook COO will not even appear as a character in the film (but here's to hoping that she does make a cameo appearance).

Sandberg's bestseller was not without controversy when it was released, as some readers took issue with Sandberg's core thesis: that women are unintentionally holding themselves back in the workplace. The film will reportedly explore that topic and others in the book.