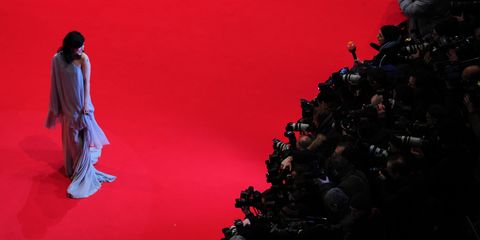 The Oscars are this Sunday (don't even think about setting your DVR—this is one thing you need to watch live), and while it's pretty much the biggest awards show ever, what do you really know about it? These surprising facts will shed some light—and play the perfect trivia for your watching party.

The first Academy Awards were held on May 16, 1929, and tickets were just five bucks. The event was held at the Hollywood Roosevelt Hotel, and 15 statues were awarded.

In 1928, MGM art director Cedric Gibbons was in charge of designing the award trophy. After his wife introduced him to Mexican film director and actor Emilio "El Indo" Fernandez, Gibbons convinced El Indo to pose nude and thus, the statue was made and cast.

The official name for the award is the "Academy Award of Merit," but who goes by that? (Answer: no one.) Two explanations are given for the Oscar nickname—a biography of Bette Davis says that the Oscar was named after her first husband, Harmon Oscar Nelson. But a more popular story is that in 1931, Academy Executive Secretary Margaret Herrick commented that the statue reminded her of her "Uncle Oscar" (an affectionate name she gave to her cousin, Oscar Pierce). Columnist Sidney Skolsky was said to overhear this, and wrote that "employees have affectionately dubbed their famous statuette 'Oscar'" and thus, history was made.

When an Oscar is given, presenters are NOT allowed to say "And the winner is…" They must say "And the Oscar goes to…" Tricky, tricky.

Getty Images
5 of 9
The youngest winner…

Tatum O'Neal is the youngest Oscar winner in history, winning "Best Supporting Actress" when she was only 10 years old for Paper Moon in 1973.

Getty Images
6 of 9
The oldest winner...

In 2013, 82-year-old Christopher Plummer won for "Best Supporting Actor" for his work in Beginners.

In the 85 years of Academy Awards, no Latina or Asian American woman has ever won a best actress. Salma Hayek has been the only Latina ever nominated (in 2003 for Frida) and Merle Oberon was the only Asian actress ever nominated (in 1935 for The Dark Angel.) In fact, there's only been one black female winner—Halle Berry for Monster's Ball in 2001.

The Lord of the Rings: The Return of the King won every single category it was nominated for at the 76th annual awards, earning 11 golden statues.

But she's not the only one! Matt Damon, Jeff Bridges, and Marlon Brando are also said to have misplaced their awards.

Next
Oscar Predictions 2015: Your Required Viewing Before Awards Season Rolls Around 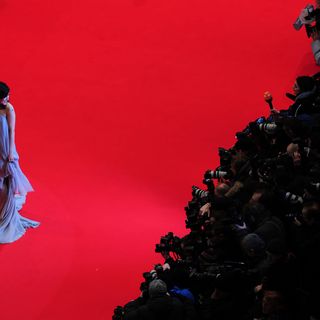