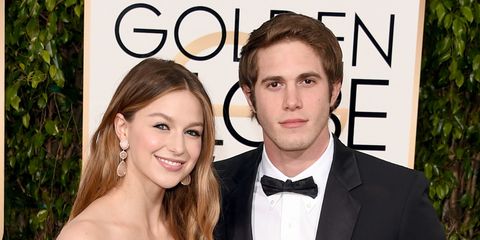 Though many celebrity couples are our #relationshipgoals, all that glitters is not gold in Hollywood love. Here, the breakups that still tug at our heart strings.

Benoist filed for divorce from Jenner in December 2016, People reports. The couple met on the set of Glee in 2012 and got married in 2015. Jenner recently guest starred on Benoist's show Supergirl, and Benoist called her-then hubby her "favorite scene partner, always." 😢

Facebook official in December, kaput in February. According to People, the actors have split after seven months of dating, though they don't mention her steamy Lip Sync Battle against Tim Tebow having anything to do with it.

The couple broke off their two-year engagement Monday, according to a statement Dahl gave Us Weekly. "While we still love each other and support each other in every way, it is our mutual decision to part ways," the 27-year-old designer said. "Our break is not the result of any media speculation, and we want nothing but the best for each other. Thank you for respecting our privacy in this very difficult time."

Someone's getting high by the beach alone. According to the New York Daily News, LDR and photographer Francesco Carrozzini have decided to go separate ways after more than a year of dating. Sucks for them, but great for us, because you know what that means? Breakup album!

This one hurts. After more than two years of dating, the two have called it a quits. "It happened a few weeks ago," a source tells Us Weekly. "He's really heartbroken."

Us Weekly reports that the couple of two years is no more. #leslieandthedouche4ever

According to E! News, the Last Man on Earth actors are back to simply being people who work together. (Awk.) Apparently, our Theory of Costar Coupling needs revision.

After five years of marriage and two kids, the duo called it quits. A source told People that Megan's career-oriented focus was at odds with Brian's expectations. *sigh*

The rapper/songstress power couple seemed destined for greatness, so fans were shocked when they announced their split in April. Rumors swirled of a less-than-amicable breakup, but both stars kept it respectful in post-breakup interviews and comments. Maybe there is hope!

First he leaves One Direction and then Perrie. After a two-year engagement, a source confirmed with People that the former boy band member and Little Mix singer are no more. A sad day for love but a great day for all the Malik admirers out there...

Even 13 years of marriage can't stop the break up bug. The rockstar couple announced in a joint statement that though they will no longer be married, they will continue to be "partners in parenthood." At least there is a silver lining, no?

Nobody is safe. After 26 years of marriage and 35 years of a working relationship, Reba and Narvel announced their divorce. Their announcement maintains that the two will continue to work together, but we're all still thinking: what is going on with the world?!

Country music's golden couple announced their split and despite some friendly social media activity, we can safely kiss goodbye to love.

Despite Scott's less-than-shining track record, things seemed to be working out for the longtime couple. But shortly after the birth of the youngest child the world discovered the two had split after the papz caught Scott cuddling up with an ex. Both have been quiet about the ordeal, but social media points to a very happy Kourt.

Earlier this summer the couple released a statement to People announcing their divorce. Despite numerous rumors, the two have decided to live together for some time to ease the transition for their children.

The once passionate couple hit a rough patch when Lamar allegedly succumbed to his addiction in 2013. Although the couple attempted to stick it out after initially filing for divorce in 2013, this summer the split became officially putting the youngest Kardashian sister back on the market.

This summer claimed another couple as Nick Jonas and longtime girlfriend Olivia Culpo called it quits. Though the two have been mum on the cause of the breakup, both are open about their sadness. In a June interview with Mario Lopez, Nick calls Olivia "amazing" and admits that the breakup has been tough.

Cannon confirmed marital issues in August 2014, telling fans the couple had been living apart for a few months. Shortly after, the two filed for divorce making the split official.

After three years of dating and a brief split the X-Men costars finally called it quits in August 2014. Mysterious "sources" have suggested that JLaw's advancing career and chaotic schedule was a big reason for the split.

Kate and Matthew called off their engagement after three years. The leading man of Muse tweeted about the split saying it was "for the best."

Initially, the couple's split seemed to be a victim of hectic Hollywood schedules, but the following blowout over Sofia's frozen embryos suggest more animosity than the two let on.

After three years, the singing duo called it off. Though Derulo initially insisted the split was amicable, he later revealed that pressures of marriage was a deciding factor in the split. Following jabs were thrown in interviews and Jordin's latest songs, indicating that emotions ran deep on both ends.

In later 2014, Harris confirmed via Twitter that the pair had split some time ago. Rita later revealed to us that while the initial breakup was amicable, subsequent events turned everything sour—suggesting that mixing business with love triggered a change in the relationship.

After almost 20 years of marriage, Melanie and Antonio announced they decided to end their relationship. Banderas has been linked to several women since the split. On a talk show he stated "life goes on" before admitting that he would always love Griffith.

After nine years of marriage, the high school sweethearts finalized their divorce in May 2015. Though Patton cited irreconcilable differences on the divorce papers, Thicke dedicated his latest album, Paula, to his ex and set out on a touring attempt to salvage the marriage.

This celebrity couple has a chaotic romantic history, keeping fans wondering if they are together or not at every turn. As of now, the two aren't together but subliminal messages in Justin's latest video for "What Do You Mean" suggest hope for the future.

The only thing better than Edward and Bella's forbidden love was pouring over the real-life relationship between Kristen and Rob. But after Kristen was spotted canoodling with another, the two split to the devastation of Twilight fans everywhere.

The two were seemingly a match made in Hollywood Heaven but in 2013, the two called it quits. Despite the break, Miranda revealed to Vogue that the former couple is able to seamlessly co-parent.

After two years of dating a source told People that McAdams and Sheen parted ways. The source also revealed that while McAdams was looking forward to having a family, Sheen was content with the status of their relationship.

After three years together, a source revealed to Gossip Cop that the singer and her backup dancer had parted ways. 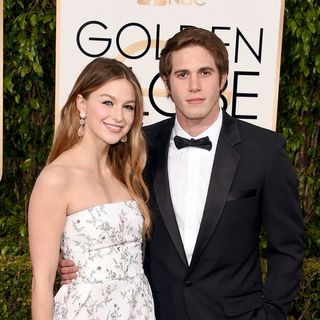 Advertisement - Continue Reading Below
Simedar Jackson I'm Simedar, an intern here at MarieClaire.com!
This content is created and maintained by a third party, and imported onto this page to help users provide their email addresses. You may be able to find more information about this and similar content at piano.io
More From Celebrity
Lady Gaga Wears Athleisure and Platform Shoes
Meghan Markle Possibly Shared a Photo of Lilibet
Advertisement - Continue Reading Below
The Kardashians' Most Body-Confident Nude Shoots
What Happens on Katie's Season?
Britney Spears Says She Was Locked in a Bathroom
Kate and William Holiday In Cornwall
Blake Lively Wears a Pink Sequin Dress
Meghan Markle Hangs Out With Melissa McCarthy
Simone's Boyfriend Sent Her the Sweetest Message
Rebel Wilson Recreated This Britney Spears Look