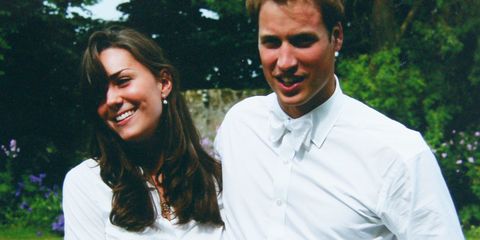 Prince William and Duchess Catherine (yes yes, we *do* know her real name) don't spend a lot of time being affectionate in public, but when they do indulge, it's like 😍😍😍. Step 1: Click through. Step 2: Awwwww.

There is no way to deny this major head-snuggling situation.

"My love, are those split ends I see?"

More head-snuggling at Westminster Abbey. (Either that or they're chatting, but let's go with option #1.)

In the immortal words of Phoebe from Friends, she's his lobster.

Ooo, some hand-on-thigh action. The guy in the back is all of us.

Look how excited they are about sailing together, everyone!

Kate and Will hug it out due to #sports.

While Kate and Will (chastely) kiss, this mere mortal and his mustache look on in pure joy.

"Hoodies are hard, I know."

Kate and Will forget the cameras and share a rare moment of candid intimacy while our collective hearts melt into a puddle.

The wedding kiss heard 'round the world.

Putting a ring on it definitely counts as a PDA moment, right?

Look how handsy they are when they think no one's watching.

That moment when you kiss your college boyfriend and he happens to be a prince. 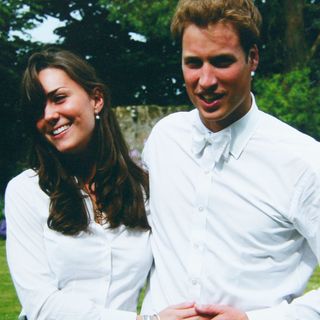 Advertisement - Continue Reading Below
Mehera Bonner Contributor Mehera Bonner is a news writer who focuses on celebrities and royals—follow her on Instagram.
This content is created and maintained by a third party, and imported onto this page to help users provide their email addresses. You may be able to find more information about this and similar content at piano.io
More From Celebrity
Surprise—Halsey Is Pregnant With Her First Child
Um, Why Is the Weeknd's Face Bloody and Bandaged?
Advertisement - Continue Reading Below
Your First Look at Kristen Stewart as Diana
47 'Friends' Facts Every Superfan Should Know
Eugenie Shared a Rare Candid Snap With Her Husband
Why Serena Didn't Want Olympia to Play Tennis
J.Lo Talked Botox Claims: "Don't Call Me a Liar"
Kate Has Her Own Direct Line to the Queen
Megan Thee Stallion’s Hottie Bootcamp Is Intense
Katie Holmes' Mango Puffer Coat is a Winter Staple