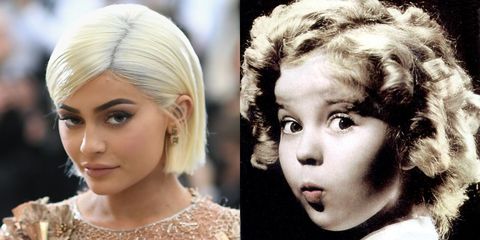 Kylie will be in good company.

Sofia Vergara gave birth to her son, Manolo Gonzalez-Ripoll Vergara, when she was 19.

Jamie Lynn was just 16 when she announced she was expecting her daughter, Maddie Briann Aldridge.

Solange was 18 when she and then-husband Daniel Smith welcomed their son, Daniel Julez J. Smith, Jr.

The model was just 18 when she welcomed her twins.

The singer had her first, very famous daughter, Wynonna, when she was 18.

Angelou was 16 when she gave birth to her son, Guy Johnson.

The famous child actress who stole America's hearts started a family of her own young. She got married when she was 17 and had her first child at 19.

Next
Kardashian Photo Ops That Would Never Happen Today 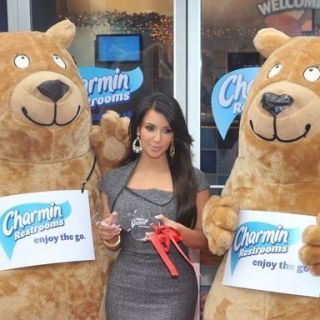 Kayleigh Roberts Kayleigh Roberts is the weekend editor at Marie Claire, covering celebrity and entertainment news, from actual royals like Kate Middleton and Meghan Markle to Hollywood royalty, like Katie Holmes and Chrissy Teigen.
This content is created and maintained by a third party, and imported onto this page to help users provide their email addresses. You may be able to find more information about this and similar content at piano.io
More From Celebrity
Your Guide to the Current Royal Line of Succession
Watch Prince Harry's Interview with James Corden
Advertisement - Continue Reading Below
Meghan Has an Adorable Nickname for Harry
Harry Revealed Archie's Impressive First Word
Harry Said the Press Was Ruining His Mental Health
Here's Blue Modeling Icy Park Like a Pro
How Kate and Will Feel About the Sussex Oprah Chat
Selena Gomez Photographed Flipping Off Paparazzi
Serena Williams Stuns in a Glamorous Red Robe
Sophie Turner and Joe Jonas Took the Cutest Selfie