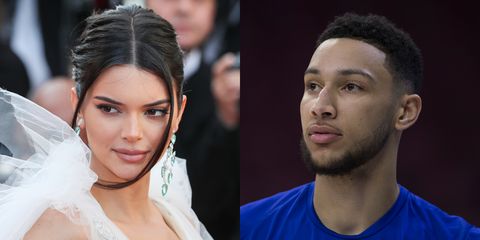 Page Six broke the news last night that Kendall Jenner and NBA player Ben Simmons were no longer seeing each other. The two had dated on and off for a year, first getting together last summer, breaking up at the end of it, then dating again in late fall. That relationship became "very serious" by February.

People got details on the big questions though: Why? What happened? A recent interview with Jenner released literally a week before news of their split broke had the model talking about the possibility of marrying him.

People specified that Simmons and Jenner may not be wholly done, but their romance is over for now. “They’re on a break," a source close to Jenner told the outlet. They chose to call it because “the relationship ran its course,” the source said. “She’s spending time with her friends and [is] back to being in fun mode.”

Jenner spoke in February about how easily she can cool off on people she dates. She had been talking to Hailey Baldwin on her Zaza World Radio Show.

"I know when I’m off it, and I get off it really easy," she said, via Entertainment Tonight. "But it’s not just for no reason. Someone has to do something to make me off it. I think that especially because of the lifestyle that I live everything is so magnified and everyone wants to know things, especially about your love life. A lot of the relationships that I’m in, I’m in it, and I’m in it with that one person and I’m a very loyal person once I’m fully in it.”

38 Unrecognizable Photos of the Kardashians 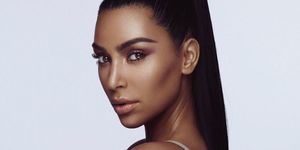 Kim Kardashian Is Being Accused of Using Blackface

Alyssa Bailey News and Strategy Editor Alyssa Bailey is the news and strategy editor at ELLE.com, where she oversees coverage of celebrities and royals (particularly Meghan Markle and Kate Middleton).
This content is created and maintained by a third party, and imported onto this page to help users provide their email addresses. You may be able to find more information about this and similar content at piano.io
Advertisement - Continue Reading Below
More From Culture
Fans Are Ready for Second Season of 'Bling Empire'
What We Know About Part 2 of 'Lupin'
Advertisement - Continue Reading Below
You *Need* to Follow the 'Bling Empire' Cast on IG
Watch the Trailer for the New 'Euphoria' Special
We've Getting a Season 2 of 'Bridgerton'
New Drama Movies That Promise to Move You
The Sexiest New Movies of the Year
A Look Back at Princess Anne's Life in Photos
Where Is the Cast of 'Gilmore Girls' Now?
'The Bachelor' Is Back!