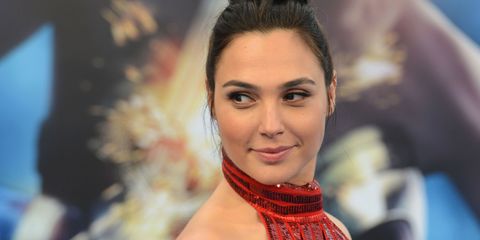 As well as being liked by critics and fans, Wonder Woman's earning potential shows no signs of stopping. This week, after just four weeks in theaters, Wonder Woman became the biggest earner in the DC Universe, making more money than Suicide Squad or Batman v Superman did during their domestic box office runs.

As BoxOfficeGuru.com reported, Wonder Woman overtook Suicide Squad on Tuesday, by taking $325.1M in North America so far. Plus, Gal Gadot's superhero is expected to surpass $331 million over the 4th of July weekend, taking the movie's domestic total above Batman v Superman's $330 million.

Wonder Woman's totals become even more impressive when you figure in the fact that Batman v Superman took 12 weeks at the box office to accrue its $330 million, a feat which Wonder Woman accomplished in a mere month.

Forbes is reporting that Wonder Woman has already beaten Man of Steel worldwide, and if it "finishes with $800 million, consider that it will be only 10% behind a film that featured Batman and Superman together as lead characters with Wonder Woman in a supporting role."

Basically, Wonder Woman is still killing it at the box office, and outperforming all of her male counterparts, of course.