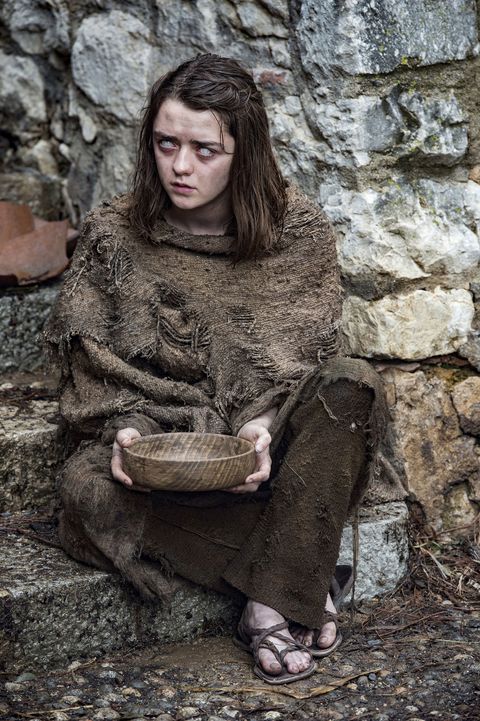 Macall B. Polay/courtesy of HBO

In regards to Game of Thrones, HBO operates one of two ways: 75 NEW CLIPS BEFORE THE SEASON PREMIERE. Or a handful of really cryptic episode descriptions. We'll take it.

After a certain someone blew our minds Sunday, the network released some not-so-helpful hints for the next two installments of season six. In May 1's "Home," "Bran (Isaac Hempstead Wright) trains with the Three-Eyed Raven (Max von Sydow). In King's Landing, Jaime (Nikolaj Coster-Waldau) advises Tommen (Dean-Charles Chapman). Tyrion (Peter Dinklage) demands good news, but has to make his own. At Castle Black, the Night's Watch stands behind Thorne (Owen Teale). Ramsay Bolton (Iwan Rheon) proposes a plan, and Balon Greyjoy (Patrick Malahide) entertains other proposals."

Then in "Oathbreaker," "Daenerys (Emilia Clarke) meets her future. Bran meets the past. Tommen confronts the High Sparrow (Jonathan Pryce). Arya (Maisie Williams) trains to be No One. Varys (Conleth Hill) finds an answer. Ramsay gets a gift."

Isn't this like every palm reading you've ever had? But 10/10 still glad to know Arya's taking care of her not-being-able-to-see problem.