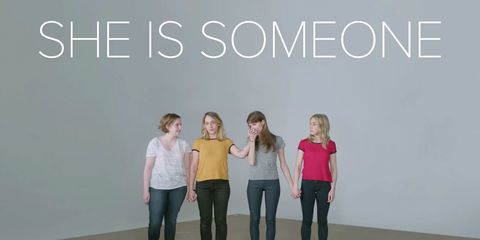 In the midst of the Stanford rape verdict, many of us are 1) outraged 2) confused 3) angry 4) heartbroken. But the cast of Girls has come forward to remind us that we, as a society, can do something to make things better—for everyone.

The stars' powerful new video for NowThis—which Dunham dedicated to the Stanford rape survivor—has already garnered 14,000 Likes and counting, and highlights sobering facts not only about sexual assault, but also about the culture that allows it. "Don't avoid the hard conversation," Allison Williams says.

"We hope to represent the solidarity and support all survivors should be able to find," Zosia Mamet says. Dunham then chimes in: "Which may be the first time that four white women can accurately represent anything."

But perhaps the best part? They highlight the fact that we shouldn't have to think of sexual assault in the context of the survivor being someone you know. You should help because she is anyone at all.