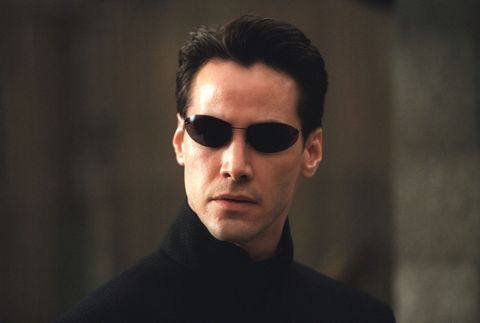 If presented with a red pill and a blue pill, both of which lead to Hollywood re-making The Matrix, what would you do?

If your answer is "throw both pills out the window because the idea of a Matrix re-do is ridiculous," we understand your struggle. Keanu Reeves forever.

But, Warner Brothers seem to be re-vamping the iconic film—and according to the Hollywood Reporter—the cast could be pretty awesome. In fact, there is "potential interest in Michael B. Jordan to star."

That's the good news. The bad news is the Wachowski siblings (who helmed the original movie) aren't said to be involved. So many feelings/thoughts/concerns.

Maddie: We have a tax return.
Trump: Get Warner Bros on the phone, it's time reboot The Matrix

Mehera Bonner Contributor Mehera Bonner is a news writer who focuses on celebrities and royals—follow her on Instagram.
Advertisement - Continue Reading Below
More From Culture
The Best Korean Dramas of All Time
Mainstream Movies With * A LOT * of Nudity
Advertisement - Continue Reading Below
Things Between Victoria F. and Chase Rice Got Ugly
Who Are the Women of 'The Bachelor' in 2020?
Rosalía Is The One To Watch At This Years Grammys
Sydney From the 'Bachelor' Knows Hannah Brown
The 10 Hottest Movies on Hulu Right Now
'The Bachelor' Has Already Finished His Season
When Michelle Carter Is Expected to Walk Free
How Much Time Did Michelle Carter Get in Prison?