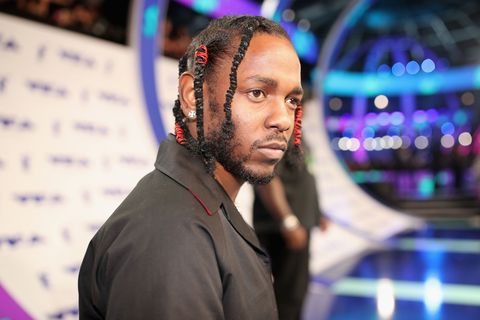 An explosive beginning to a night full of amazing performers, the 2017 MTV VMAs opened with a pair of hits from Kendrick Lamar's DAMN.

The rapper—who's up for a record-breaking eight awards tonight—emerged on stage beneath a shower of electric lights for his performance of "DNA" featuring dancers that resembled ninjas (one that set himself on fire in the middle of the performance).

Toward the beginning of his launch into "HUMBLE.," an entire wall of flames had lit up the stage, a play off of his branding for the album.

See clips of the performance below:

The #VMAs kicks off with Kendrick Lamar pic.twitter.com/RmZMIyJHu6

when the ninjas started climbing up the fire wall during @kendricklamar's #VMA set pic.twitter.com/hxAwt9GBni

.@kendricklamar had that whole #VMAs stage lookin like pic.twitter.com/NNKk7dRAHT