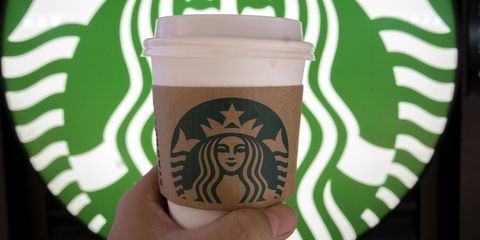 It is perhaps the most iconic coffee brand in the world, with more than 24,000 shops in 70 countries, but Starbucks was almost called something completely different: Cargo House.

"We were thinking of all kinds of names and came desperately close to calling it Cargo House, which would have been a terrible, terrible mistake," co-founder Gordon Bowker told the Seattle Times.

The name was changed when a partner at the advertising agency working with Bowker advised that words beginning with 'St' were the most impactful, and the founders and their team began brainstorming.

"Somebody somehow came up with an old mining map of the Cascades and Mount Rainier, and there was an old mining town called Starbo. As soon as I saw Starbo, I, of course, jumped to Melville's first mate [named Starbuck] in Moby-Dick. But Moby-Dick didn't have anything to do with Starbucks directly; it was only coincidental that the sound seemed to make sense... Moby-Dick has nothing to do with coffee as far as I know."

The first Starbucks shop opened in 1971 at Pike Place Market in Seattle, Washington. Originally the name 'Starbucks Coffee' was branded on the cups, but in 2011 the now famous green two-tailed mermaid became the logo. It originates from the Greek myth of Sirens, beautiful creatures that were said to lure sailors to shipwrecks. The link being that one of these mythical shipwrecks was located off the coast of Starbuck Island in the South Pacific.

It all falls in to place perfectly, and we can't imagine it any other way.