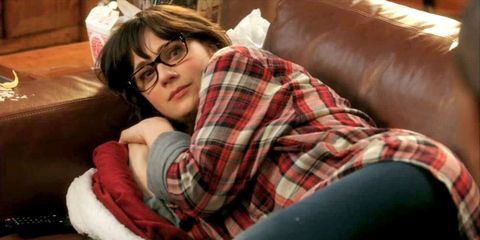 It's now scientifically proven: Binging on Phish Food and rom-coms after a bad breakup is perfectly healthy. According to a new study, wallowing in your feelings after a split can help you feel better, faster.

The study, published in the journal Social Psychological and Personality Science, recruited subjects who had been through a non-marital breakup in the past six months. Researchers from Northwestern University and the University of Arizona even told them that participating might have a negative effect on their emotional recovery.

Brave participants who didn't bow out were split into two groups; one simply filled out questionnaires at the beginning and the end of the study, while the other went through nine weeks of intense reflection. They sat for interviews, had vital signs monitored, and privately spoke about their breakups into a voice recorder.

What they found was the complete opposite of conventional wisdom. The participants who had to constantly reflect on the breakup felt better at the end of the study. Researchers say that's because dwelling on the details can help you with your "self-concept," or your identity outside of being in a couple.

"I would encourage a person who recently experienced a breakup to consider who he or she is, apart from the relationship," researcher Grace Larson said in a press release. Crafting a new narrative of you as a single, independent woman can help you focus on the future. And if it takes a few (dozen) boxes of Kleenex to make that happen, so be it.

7 Surprising Ways Your Body Reacts to a Breakup