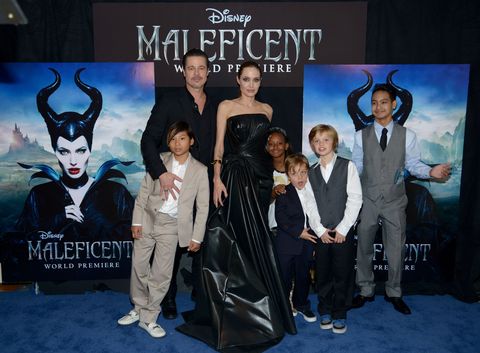 Angelina Jolie and Brad Pitt are making showbiz a family affair and giving their kids a head start in Hollywood. In an interview with People, Jolie revealed that her sons Pax and Maddox have been contributing on set for her latest films.

"Pax is doing a lot of the stills," Angelina Jolie said of her newest movie First They Killed My Father. "The whole movie is from a child's point of view."

Maddox, their eldest son, has been involved in research for the film, in addition to taking on the role of production assistant for the recent movie By the Sea.

"He read the scenes of the day—I didn't even know!" Jolie revealed. "One day he came up to me and said, 'Really interesting script, Mom.'"

Don't worry though, he wasn't allowed to stick around while they were shooting any of the sex scenes.