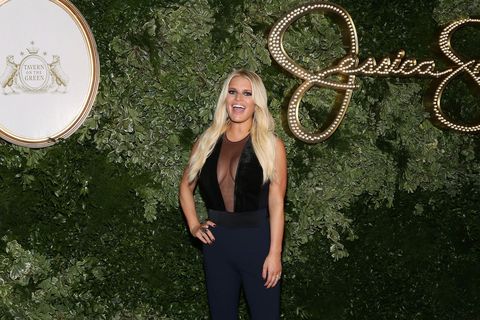 In a series of photos on her Instagram, Jessica Simpson's 5-year-old daughter Maxwell can be seen doing silly poses in a bikini:

Which some trolls found to be disturbing.

Commenters accused her of posting "inappropriate" photos and claimed she's sexualizing a minor.

However, lots of commenters jumped to Jessica's defense—many making the very valid point that maybe us adults shouldn't be creepy weirdos who sexualize a little girl. (It's hard to imagine this photo would provoke the same outrage if it were a boy in a Speedo.) 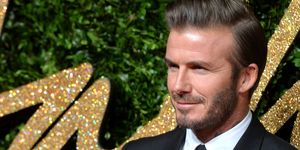 "Such unnecessary and immature criticism. I think social media is too much for y'all," wrote one commenter.

OMG people, there is nothing cuter than a little girl in a sweet little bikini! There is nothing inappropriate here, it's the world that has become inappropriate! My goodness, I remember my mom putting me in bikinis when I was a kid in the 70's! I don't understand all the mommy-shaming! She's adorable and she's got her helmet on! Good job mom! My daughter does the same thing, a skinned knee might happen but at least her head is protected and frankly, it's no one's biz!

re people seriously that ridiculously bored out of their mind to try and give her parental tips on how she should be raising her daughter? You guys are unbelievable for sexualizing her daughter and saying all of this bs when we all know if this picture was a boy instead of a girl you guys wouldn't be saying anything . So stop with the sexualizing of females, it's not okay especially on a child this young. Grow up and get a life instead of worrying so much about somebody else's life.

So there you have it! Even a photo of a 5-year-old girl on her mom's Instagram is enough to send the internet into a tailspin.