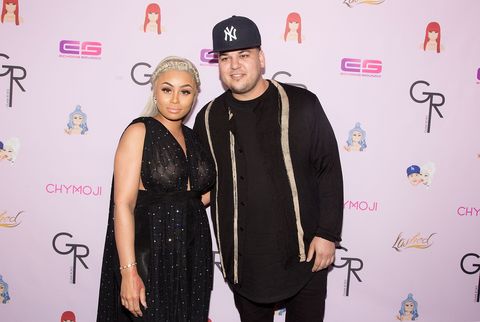 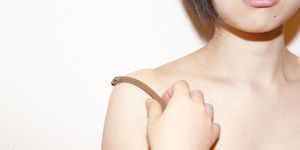 Rob's behavior is trash on so many levels, but specifically, his actions might be against the law. And in a statement to People, Chyna's attorney Walter Mosley shared that his client is definitely thinking of lawyering up.

"I am exploring all legal remedies and protections available to my client at this time in attempts to best advise her on how she may want to proceed," Mosley shared.

Besides the explicit images that Kardashian tweeted, Chyna herself took to Snapchat to allege that he was physically violent toward her during their relationship: "Rob u did all this but u beat me up and try act it never happen!!!!! U put hand on me I swear on god!!!! On my kids but I'm supposed to be quiet because you're a Kardashian."

People also quotes anonymous sources who said, of Kardashian and Chyna's relationship: "She's had to have a new phone number every month and constantly has to change her number. While everyone is writing stories and thinking it's fun gossip, it's actually dangerous."

This content is created and maintained by a third party, and imported onto this page to help users provide their email addresses. You may be able to find more information about this and similar content at piano.io
Advertisement - Continue Reading Below
More From Celebrity
Princess Beatrice Has Given Birth to a Baby Girl
Gigi Hadid's Mom Shared Sweet Pics of Khai
Advertisement - Continue Reading Below
Kate & Will Probably Won't Have a Fourth Child
Ben & Jen Plan to Spend the Holidays Together
Kate & Will Are "Anxious" About Harry & Meghan
Mandy Moore Calls Breast Pump Emmy's MVP Accessory
Royal Nanny to Get Damages from Interview Scandal
Prince William and Kate Will Focus on Work in 2022
Kate Middleton Shares Prince Louis's First Words
Prince Charles Shares Final Exchange With Philip