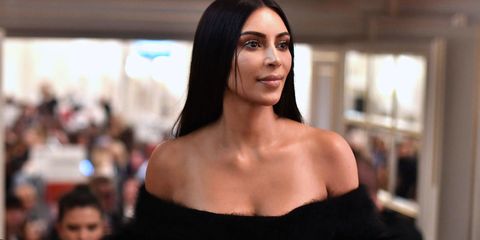 Kim Kardashian has reportedly decided to forgo Paris Fashion Week this season, after she was held at gunpoint this time last year. 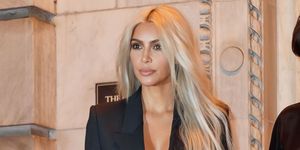 Kim K. Had a Sixth Sense Before Robbery

While her sister Kourtney will attend, Kim and Kendall have decided to skip the shows this time round, according to US Weekly. On October 3, 2016, Kardashian was robbed and held at gunpoint in her Paris apartment. At the time she was wearing only a bathrobe and was bound and gagged by one of her attackers. "I was convinced he was going to rape me," she said.

The thieves stole more than $10 million in jewelry, and several suspects were arrested in January 2017, with 10 people charged in connection with the crime. 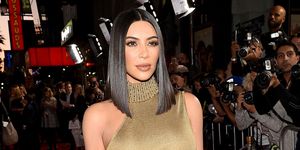 In the wake of the shocking incident, Kardashian took three months off from social media, an unprecedented move for the star.

"What I think happened now, after, like, thinking about it so much, is that there was probably a group of guys that were following us the entire trip," she said of the incident in March." I was Snapchatting that I was home and that everyone was going out, so I think they knew Pascal was out with Kourtney, and that I was there by myself. They had to have known we were leaving that day. They had this window of opportunity, and just went for it."

This content is created and maintained by a third party, and imported onto this page to help users provide their email addresses. You may be able to find more information about this and similar content at piano.io
Advertisement - Continue Reading Below
More From Celebrity
Harry Said the Queen and Philip Were "Adorable"
Kate Middleton Played Tennis With Emma Raducanu
Advertisement - Continue Reading Below
Tom Felton Collapsed on a Golf Course
Ashley Olsen Made a Rare Red Carpet Appearance
Harry Carries Briefcase That Reads "Archie's Papa"
Meghan Markle and Prince Harry Arrive in NYC
Kate Middleton Looked Radiant in Cream
People Are Convinced Kylie Is Having a Boy
Kim Kardashian's Met Gala Ponytail Cost $10K
Megan Fox and Kourtney Posed for Sexy Skims Pics