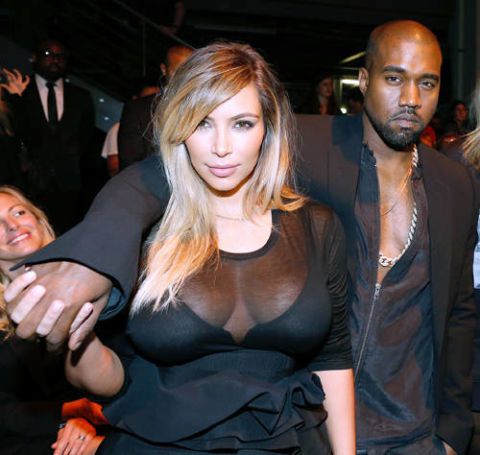 UPDATE, May 16th: A spokeswoman at the Florence mayor's office has told the Associated Press that the couple will exchange vows at the Forte di Belvedere o di San Giorgio Firenze, a star-shaped fortress built in the 16th century. They're reportedly spending 300,000 euros to rent it out for the day.

Okay so remember when we were telling you all about Kim Kardashian and Kanye West's supposedly French wedding set in a castle or chateau or palace of some sort located in or around Paris? Well, turns out the couple might be pulling a fast one on all of us.

Entertainment Weekly reported on Thursday that Kimye is apparently getting married in a different country entirely. In fact, the couple's wedding weekend might span multiple European nations.

"Despite multiple reports that the power couple is marrying in Paris, France, ET has learned that the two are actually having a dinner in Paris before the wedding, but will actually fly their guests to Italy on private planes for the ceremony," EW reported.

A source confirmed the report to US Weekly and said that guests might be in for even more surprises because Kardashian reportedly keeps telling everyone different scenarios!

So if the rehearsal dinner is in Paris, and the ceremony in Italy, will the reception be in another country, too? Is this bascially Kimye's twisted version of Eat, Pray, Love? Or an attempt at acting out what they perceive as their world domination in coupledome?

The wedding is reportedly slated for May 24, but even though there's a leaked copy of their invitation to prove it, we think all bets are off.