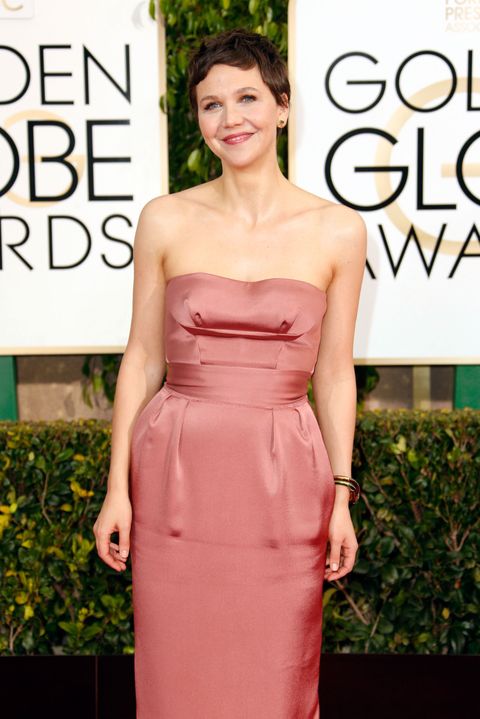 When Maggie Gyllenhaal accepted her Golden Globe for Best Actress in a Mini-Series or TV Movie for her role in The Honorable Woman, she gave her brother, Jake, a quick shout-out: "I gave my speech to my brother, so if I need help he's going to bring it up to me," she joked. Sadly, we didn't get to see him rush up the stairs to help his sister. Because it turns out she did just fine.

This content is created and maintained by a third party, and imported onto this page to help users provide their email addresses. You may be able to find more information about this and similar content at piano.io
Advertisement - Continue Reading Below
More From Celebrity
Meghan Markle Might Not Ever Go Back to the UK
Are Angelina Jolie and The Weeknd Dating?
Advertisement - Continue Reading Below
Kate and Will Ate Burgers With Their Kids
Meghan Markle's Handbag Was a Nod to Diana
Ben Affleck and Jennifer Lopez Made Out in NYC
Lady Gaga Stunned in an Old Hollywood Look
Olivia Rodrigo Looked Jaw-Droppingly Beautiful
Will's "Alleged Bullying" Drove the Sussexes Out
Sam Asghari Opens Up About Britney Documentaries
Prince Harry’s Memoir Is Concerning Royal Insiders