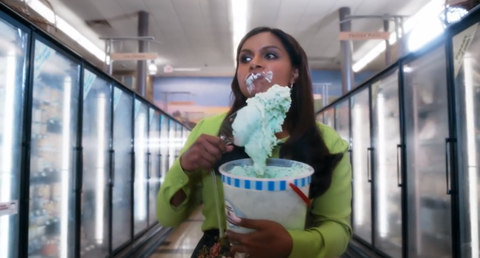 Commercial-ception is now a thing, but considering the off-the-charts cuteness in this teaser for Mindy Kaling's Super Bowl 2015 ad, we aren't even that bothered.

In the TV spot for Nationwide, no one can see Mindy, so she does what we'd all do if we were invisible: Sunbathe naked on the Sheep Meadow. Tuck into a family-size tub of ice cream—right in the middle of the grocery store. Walk through a car wash instead of taking a shower.

Watch the teaser below, and oh—make sure you stick around for the twist.