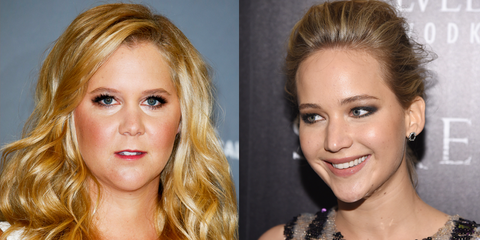 After your ultimate bae won an Emmy, your other ultimate bae filled her hotel suite with balloons just like that scene in Sweet Home Alabama except with more helium.

Continuing their real-life buddy comedy, which has so far involved jet skiing and dancing on Billy Joel's piano together, the two-woman squad of Schumer and Lawrence celebrated Amy's recent win the best way they know how: with a clandestine delivery of air-filled sacs.

Before that, Jen had sent Amy a congratulatory text that shows just how special and weird their relationship is.

Good thing there's no rule stating you can only belong to one friend group, right? *prepares resignation letter anyway*