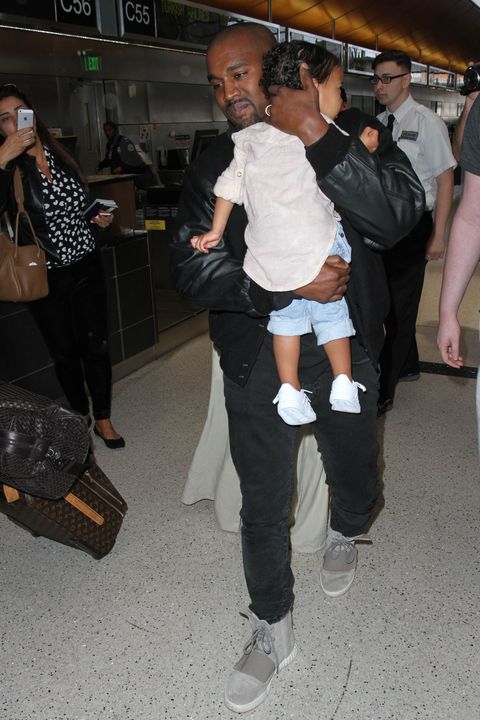 North West and Mason, Penelope, and Reign Disick have all been returned to their mothers, but for the two days while Kim and Kourtney Kardashian were in Las Vegas at Lamar Odom's bedside, Uncle Kanye was in charge of their care.

According to E! News, our potential 46th president "lent a hand in watching" Mason, Penelope, Reign, and North. Did he consult one of the nation's leading child psychologists before sitting them down and explaining what was happening? Did he help them cope with their feelings of fear and anxiety? Or did he keep it light and do his robot dance for them instead?

Most dads outnumbered four to one would just pop in the Wiggles or whatever, but not Kanye. Never Kanye.