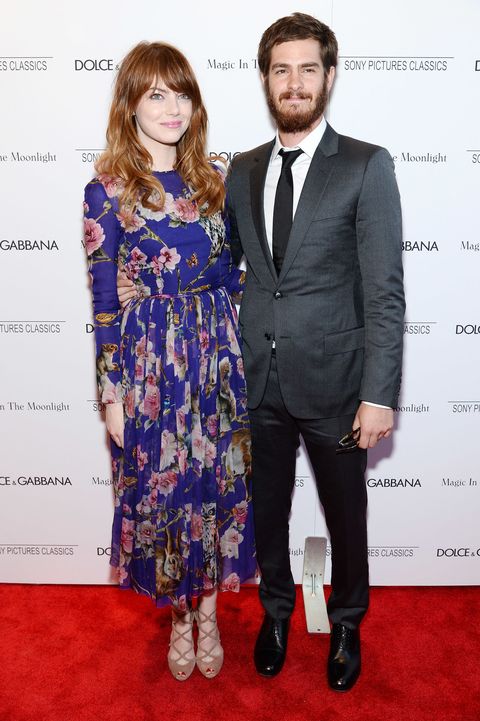 After speculation that Emma Stone and Andrew Garfield had gone their separate ways, it's confirmed. (We're not crying, *you're* crying.) The ex-lovebirds apparently broke up a couple of months ago, but according to sources, their split was amicable.

"There was no drama, they've been apart while working. They still care about each other," an insider told People.

"There is definitely still love for each other there," another insider told E!. "They remain close and are on good terms."

Rumors circulated about the couple a few months back, as the two "took a break" (whatever that means), but according to sources that was just because of scheduling. But now? It's real. Too real.

Samantha Leal Senior Web Editor I'm Sam, the senior editor at MarieClaire.com.
This content is created and maintained by a third party, and imported onto this page to help users provide their email addresses. You may be able to find more information about this and similar content at piano.io
Advertisement - Continue Reading Below
More From Celebrity
Will and Kate Attend the ‘No Time to Die’ Premiere
Meghan Markle Might Not Ever Go Back to the UK
Advertisement - Continue Reading Below
Are Angelina Jolie and The Weeknd Dating?
Kate and Will Ate Burgers With Their Kids
Meghan Markle's Handbag Was a Nod to Diana
Ben Affleck and Jennifer Lopez Made Out in NYC
Lady Gaga Stunned in an Old Hollywood Look
Olivia Rodrigo Looked Jaw-Droppingly Beautiful
Will's "Alleged Bullying" Drove the Sussexes Out
Sam Asghari Opens Up About Britney Documentaries