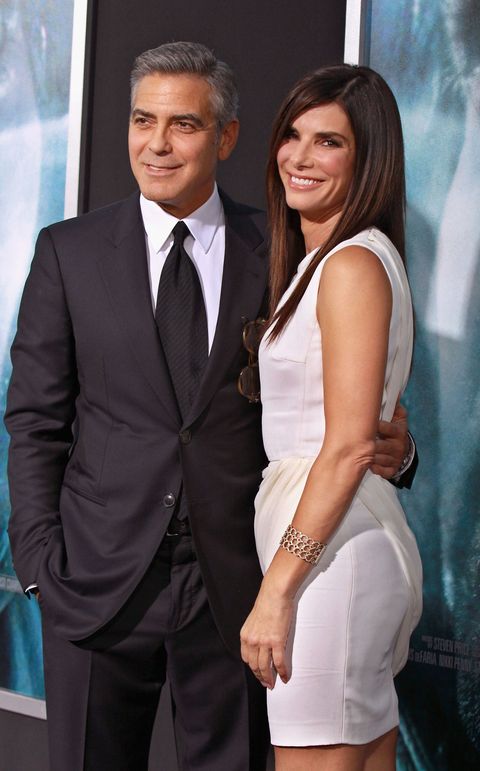 At the Los Angeles premiere of Our Brand Is Crisis on Monday, Sandra Bullock told Access Hollywood the story of how she and her onetime matchmaker met at a friend's house: He was doing drunken Buddy Hackett impressions, she was with a dude who needed some encouragement to get with Sandra Bullock.

"When I came out after I spent time with George, George went to him and said, 'If you don't marry her, I will,'" she said. "George is not going to marry anybody except for Amal. He was waiting 30 years to do that. But that was sort of the thing that sort of got him to just hang with me, the boyfriend. So we were together for four years after that, thanks to George."

While you frantically consult Google searching for "Sandra Bullock and Tate Donovan," please enjoy this reenactment of George and Sandy's meeting, which I am sure they would recreate after enough tequila.