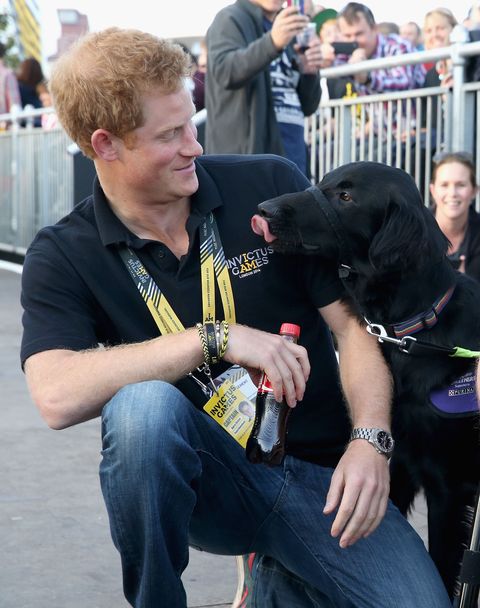 In an interview with the Sun, Matisse's owner and trainer Jules O'Dwyer said that after the bromantic beardy ginger evaded his bodyguards, he and the Border collie formed a real connection.

"Prince Harry was very sweet and lovely. He said he doesn't have a dog himself but he loved Matisse. It's great that Matisse has got the royal seal of approval," O'Dwyer said. "Matisse can feel when he's met someone who is appreciative of dogs. It was clear he was comfortable and relaxed with Harry so it was a lovely moment."

You thinking what I'm thinking? Prince George + a puppy under the tree = brilliant.