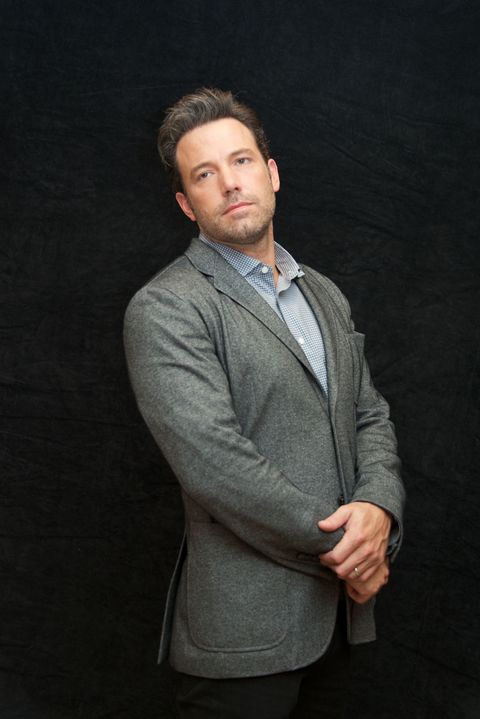 Ben Affleck has a lot of feelings, and everyone needs to listen up. He is a voice for the voiceless (when it comes to football fans) and he deserves to be heard. Anyway, the Batman star typically holds it together in interviews (you know, when he's not busy looking emotionally devastated), but unleashed his thoughts on Deflategate (#TomBrady) during an interview with Bill Simmons. And boy, did he have a lot of thoughts. Just, so many.

"Deflategate is the ultimate bullshit f*cking outrage of sports ever. It's so f*cking stupid that I can't believe it.... What they did was suspend Tom Brady for four days for not giving them his f*cking cell phone. And for having a friend who called himself the deflator. If I got in trouble for all the things that my friends called themselves, I would be finished. You wanna give a guy, because he doesn't give you his cell phone, a punishment? I would NEVER give an organization as leak-prone as the NFL my f*cking cell phone so you can just look through my emails? And listen to my voicemails? First thing they're gonna is leak this shit. Maybe it's funny, lovely sex messages from his wife. Maybe it's just friendly messages from his wife. Maybe Tom Brady is just so f*cking classy and such a f*cking gentleman that he doesn't want people to know that he may have reflected on his real opinion of some of his coworkers."

"I talked to f*cking pro football players, across the board they think it's bullshit. Aaron Rodgers came out and was like, 'I like a big ball. I like to over-inflate a ball. Don't investigate me. I do it.' This is a conspiracy of people working inside the NFL...It's a f*cking ridiculous smear campaign."

By the way, if you're wondering whether or not Ben was semi-drunk, you are not alone.

It's nice to know I'm not the only guy who has been on the air drunk, arguing DeflateGate. #AnyGivenWednesday

Watch the rant in all its glory here: