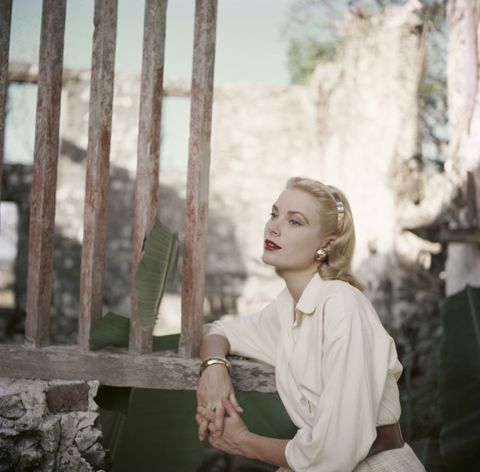 It was where Prince Rainier III proposed and changed her life forever. Then it was overrun by cats. What could this fairytale-turned-nightmarish place possibly be? Grace Kelly's childhood home!

Built by her father in the East Falls neighborhood of Philadelphia, the 4,000 colonial—asking price $1 million—boasts six bedrooms, four baths, and Kelly's height markers on a door frame upstairs. It's also got a bit of a history, aside from the actual-royal-asking-for-a-Hollywood-royal's-hand-in-marriage-there bit: According to Curbed Philadelphia, the owner who purchased the house in the 1970s lived in "unsanitary conditions," and the home was discovered to be feline-infested in 2013.

But don't worry/act fast—the property's realtor said the house will be move-in ready by July 5.