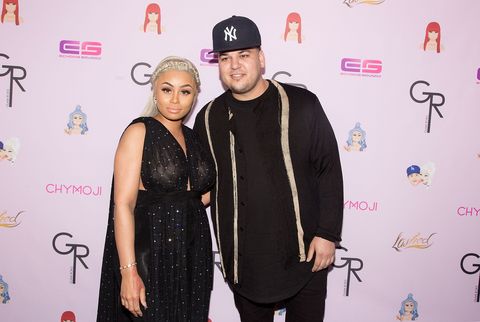 When Blac Chyna tweeted out Rob Kardashian's phone number Thursday night, it seemed like a bad sign for the couple. How mad would you have to be at someone to give them the gargantuan errand of changing their number?

According to Us Weekly, though, it was a totally pre-planned and Rob-approved maneuver. "It was all set up for him to have already switched to the new number when she blasted out the old one. They planned it," a source told the magazine. "Chyna convinced him it was time to clean house and get a new number."

But why the need to "clean house"? Apparently, Rob was still getting bombarded with texts from old friends and women who were no longer in his life—which didn't sit well with Chyna.

"All of these old friends and girls Rob had cut out of his life a long time ago kept popping up and texting him," the source said. "Chyna was over it. She had been trying to get him to change his number for a while."

For his part, Kardashian seems fine with the whole situation. In a Snapchat posted by Chyna, he smiles and says it feels "good" to have a new number.

True love means never having to say you're sorry for tweeting your S.O.'s number to the world.