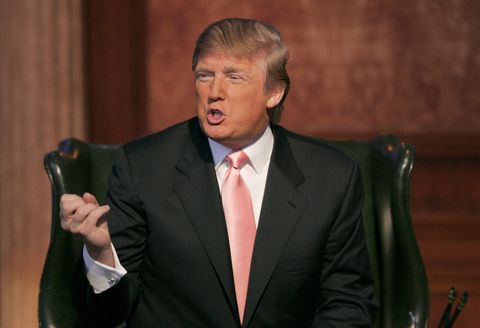 You know how Donald Trump keeps dismissing his leaked comments on sexual abuse as mere "locker room talk" that we should all just move on from? Yeah, about that.

Because they are Masters of the Internet, the folks at The Daily Show got their hands on a clip of Trump firing Apprentice contestant Maria Kanellis for "locker room" talk, saying it has no place in his boardroom. The especially crazy thing is, all Maria did to warrant Trump's firing was tell a fellow contestant "you took a crap, and left the stench in the room."

Trump's response? "It's a little gross, right? Isn't it sort of gross to bringing that up? It's like, disgusting. This is my boardroom. It's not a locker room. Maria, you're fired."

Question: Would circa 2010 Trump fire himself from The Apprentice?