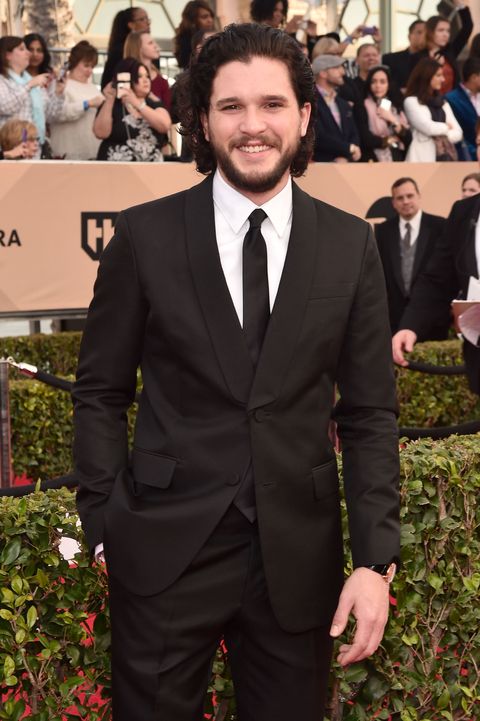 It was the best of times, it was the weirdest of times, it was moment when Jon Snow lost his virginity to Ygritte in that creepy cave. A moment that has been etched in the brain of all Snow-obsessed Game of Thrones fans, who will be thrilled to know that Kit Harington recently shared his own experience with virginity loss.

"[My first time] was a little less left-field than in a cave," he recently said. "It was a typical sort of teenage thing, at a party. I was probably too young. I think the girl and I just kind of wanted to. You either hold on and do it right, or you're young and decide to get the monkey off your back."

Weird phrasing, but sure. Also, Harington confirmed that 13 is "not far off" re: the age he lost his v-card. In case anyone's looking for specifics.