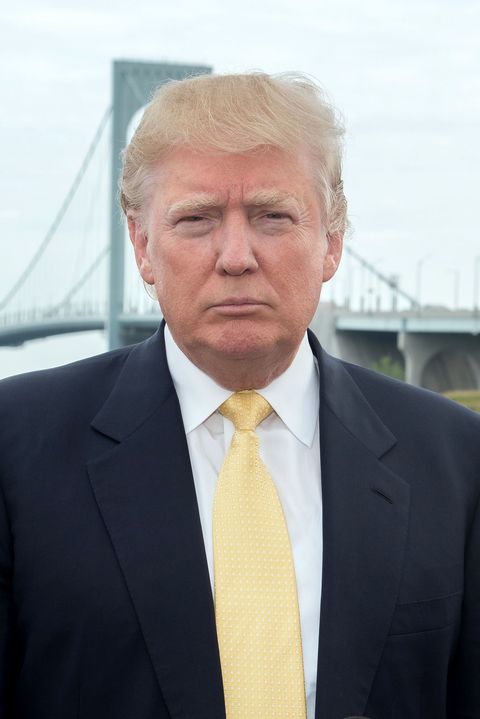 Unfortunately, the poor White House aide (presumably) tasked with keeping Donald Trump distracted during the 2017 Emmys fought a losing battle, because the president finally addressed the show in a mini-rant on Twitter. And no, he's not thrilled. 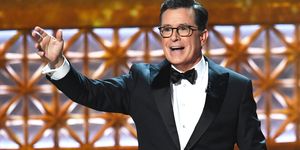 The Emmys Went In on Donald Trump

But before we get to POTUS' official response to the Emmys, let's go over some of the jokes that were made at his expense. Not only did his former Press Secretary Sean Spicer come out to say hi, Trump was described as being "beloved by Nazis" (yup), was low-key accused of treason, and was called a "morally compromised antihero."

In other words, people went in. And Trump's response? To mock the low viewership:

To be fair, the Emmys did have pretty rough ratings, failing to move the needle up from last year's all time low. To also be fair, this tweet is weird and extra.

Mehera Bonner Contributor Mehera Bonner is a news writer who focuses on celebrities and royals—follow her on Instagram.
This content is created and maintained by a third party, and imported onto this page to help users provide their email addresses. You may be able to find more information about this and similar content at piano.io
Advertisement - Continue Reading Below
More From Celebrity
The Queen Compared Her Appearance to Miss Piggy
Meghan Revealed Who She Leans on For Support
Advertisement - Continue Reading Below
Who Is Alev Aydin, Father of Halsey's Child?
Surprise—Halsey Is Pregnant With Her First Child
Um, Why Is the Weeknd's Face Bloody and Bandaged?
Your First Look at Kristen Stewart as Diana
47 'Friends' Facts Every Superfan Should Know
Eugenie Shared a Rare Candid Snap With Her Husband
Why Serena Didn't Want Olympia to Play Tennis
J.Lo Talked Botox Claims: "Don't Call Me a Liar"