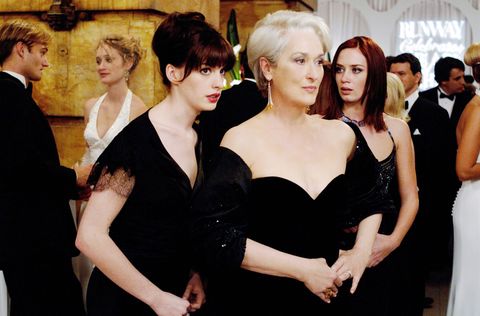 Notice how I didn't make a "gird your loins" joke? That's because it's too late—Miranda saw your clogs The Devil Wears Prada is being developed into a musical.

According to the Associated Press, producer Kevin McCollum is adapting the immensely quotable cult classic for the stage as part of his partnership with 20th Century Fox. (He's already done Ever After and says Mrs. Doubtfire is on his list.) No other details have been released, but 1) both Anne Hathaway and Emily Blunt have expressed interest in a sequel, and 2) neither of them has qualms about singing.